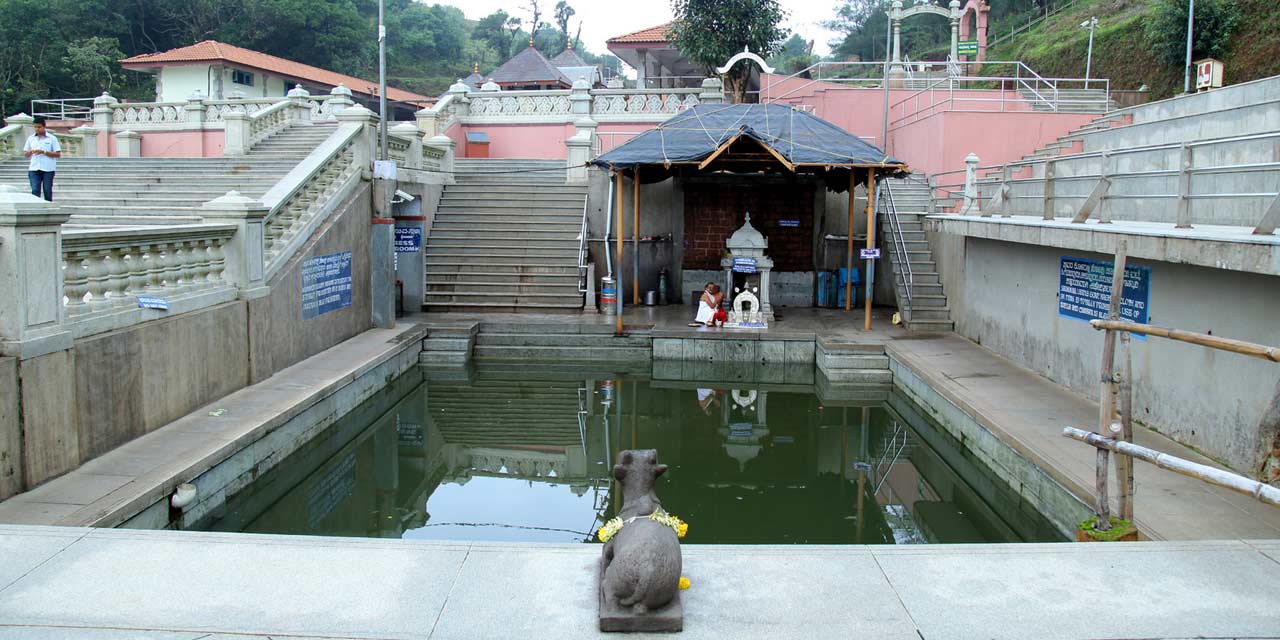 Located in the Brahmagiri hill which is at a distance of 8 km from Bhagamandala and 48 km from Madikeri, Talakaveri/Talacauvery is one of the popular tourist spots in Coorg. It holds high religious importance as well and thus attracts hordes of religious tourists.

Talakaveri is said to be the source of River Cauvery. Although the source that is the flow of water is not always visible. During rainy season, one can get a glimpse of the same. River Cauvery is one of the seven sacred rivers of Sapta Sindhus belonging to the Hindu scriptures.

At a height of 1276 m above sea level, it has small temple as well that is visited often by pilgrims. The temple here has been recently renovated by the state government.

There is a small spring called as a tirtha kundike or Brahma kundike. It is believed that the river originates from this spring. This spring apparently flow underground and emerges after a short distance. Near the kundike, there is a shrine. In front of the shrine, a huge tank has been built where pilgrims take bath and offer prayers.

The place has two temples. One temple is dedicated to Lord Shiva and has an ancient Shiva Linga. Another temple is of Lord Ganesha. At this temple, you will find a holy Ashwantha tree. According to legend, Lords-Brahma, Vishnu and Mahesh gave the glimpses of their holy avatars to sage Agastya.

Many devotees visit the shrine during the month of October on Sankramana day. During this time, it is said that one can see sudden bubbling and frothing of the small well which symbolises the appearance of the Goddess Cauvery.